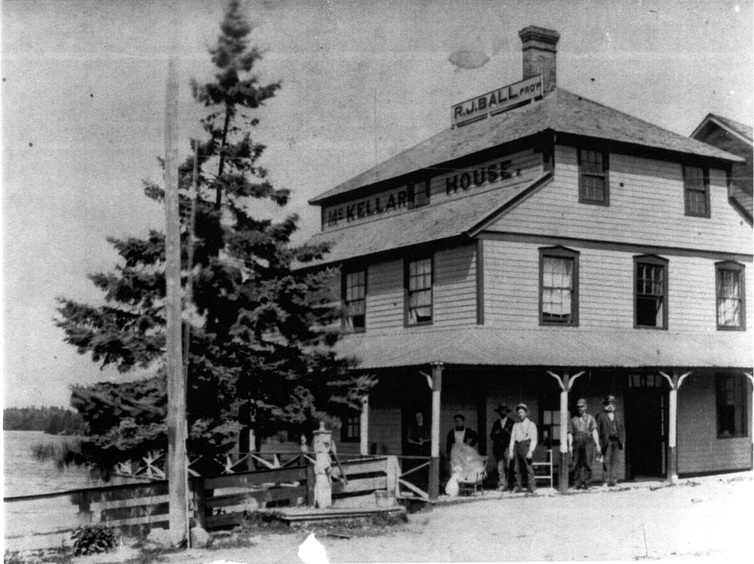 Built by Henry Watkins in 1874, the McKellar House was a three story building situated on Owl Lake (now McKellar Lake). It was run initially by William Fritz Thomson and had bedroom, dining rooms, commercial rooms, as well as a larder and bar. An additional stable across the street was built in 1877.

In 1886, the McKellar House was purchased by Thomas and Laura Winterton, who then had George and Ellen Hicks Ball become co-owners with them in 1887. Robert Ball purchased the lot and hotel from them in 1903 and began managing it with his wife Margaret. They would eventually sell to Charles and Mary Ann Cook in 1908.

As the hotel aged, it fell into disrepair and then burned down in September of 1937 on the night of the McKellar Fall Fair.